Hover pointer over photo for bio. 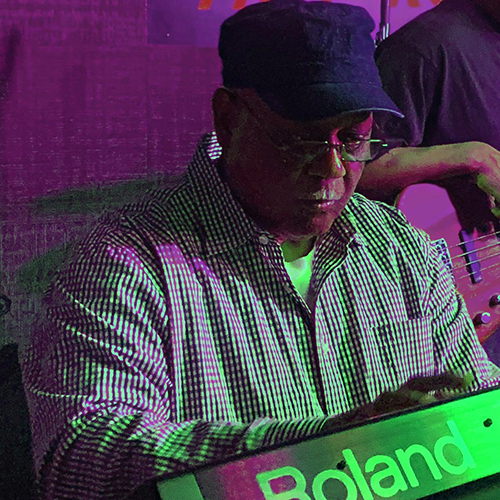 Gene Cooper was born in 1947 in Prattsville, Arkansas to a musical family of 17 children. At age 14, he began playing keyboards and bass in nightclubs with his older brothers. He has played keyboards with notable artists such as Jackie Wilson, Patti LaBelle, OV Wright, McKinley Mitchell, Tyrone Davis and others. He has recorded with his brothers and “Little Cooper and The Drifters”. While in the military, Cooper played on numerous military bases. After military service he began playing in Pine Bluff, Arkansas with “The Zodiacs” and other groups. Gene Cooper and his wife, Nancy, are members of the Port City Blues Society. 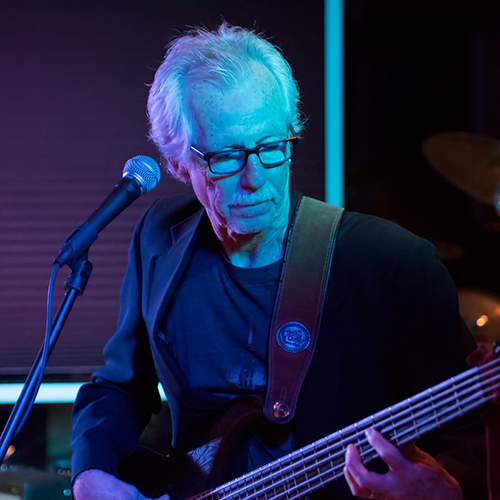 Monticello native Ben Arrington began his musical journey at age 14 playing in local rock bands. He has since traveled the country, playing bass with such notables as Danny Federici (of “The E Street Band”), award-winning songwriter Paul Williams, and his own California-based band “Diamondback”. Now back in his hometown, Ben plays with classic rock/blues band “The Hammers” as well as with acoustic duo “The Groove Diggers”. Arrington is a member of the Port City Blues Society. 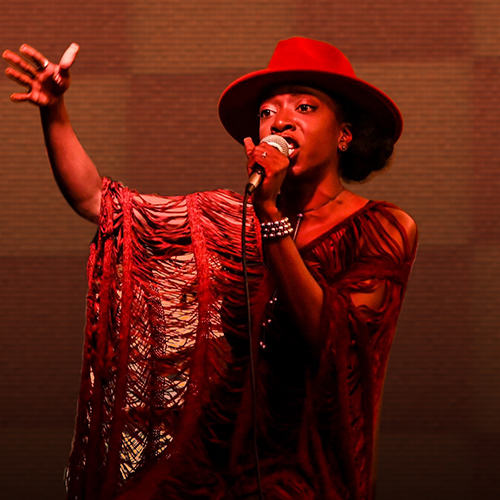 MellowDeeGroove, was born Debra Bell in rural Dumas, AR. After moving to Pine Bluff, her musical adventure began as she listened to her father’s vinyl record collection that included classics like Curtis Mayfeild, The Temptations and Stevie Wonder. Her brothers, Mark and Corey, introduced her to Easy-E, Tupac, Wu-Tang Clan and Big Moe. Growing up, she was influenced by Mark’s CD collection she fell in love with, including two CDs that would have an impact for years to come: Erykah Badu's Baduizm and Baduism Live! Mellow loves smooth, relaxed soul-singing over intoxicating, organically funky instrumentals capture her soul as the foundation of her musical footprint. 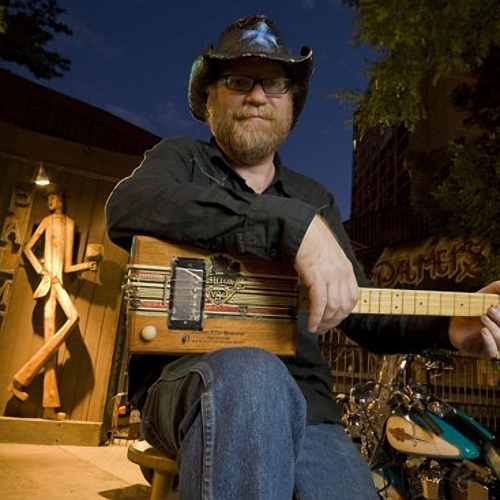 Bill “Bluesboy” Jagitsch is a two time winner of the Arkansas River Blues Society Blues Challenge. He has been a performing musician since 1980, solo, duo with Bluesboy Jag & Mudhead and with the with Learning To Crawl Band. His performances specialize in blues, rock, country and slide guitar on hand made cigar box guitars that he makes himself. He has been crafting cigar box guitars since 2004 and offers them for sale through jagshouse.com/cigarboxguitars Jagitsch is a member of and regular participant at Arkansas River Blues Society and Port City Blues Society events. 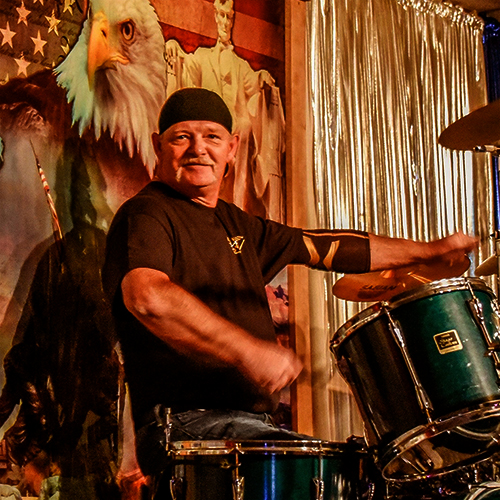 Drummer Steve Massengale, from Little Rock, AR, started playing at age 12 and by age 15, he was playing local gigs and eventually, was playing with traveling bands. He settled in Florida, where he honed his skills, opening for big-name acts. After years on the road, he moved back to Little Rock and is again playing with various local bands. His genres are Country, Gospel, Rock, R&B, Rockabilly & Blues. He has been influenced by drummers such as Steve Gadd, Anton Fig, Richard “Pistol” Allen and Ginger Baker. In February 2020, he was inducted into The Rockabilly Hall of Fame. Steve is a member of Port City Blues Society. 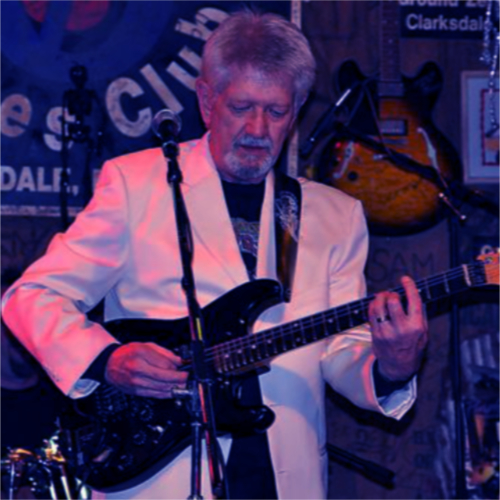 After seeing The Beatles on The Ed Sullivan Show, Jerry McCoy got his first guitar at 15, and immediately fell in love with it and music in general. The first two records he bought were by the Beatles and B.B. King. He never stopped pursuing his passion for learning all he could about his chosen craft. Jerry has toured and recorded with The Allman Brothers Band, Ronnie Milsap and others. Jerry now lives back in his hometown of Star City, and enjoys playing with “The Hammers” and “The Groove Diggers”, as well as recording original music in his home studio. Jerry is a member of the Port City Blues Society. 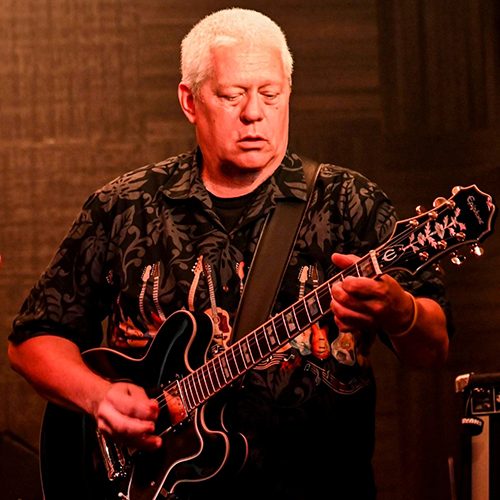 Growing up on the edge of the Delta in Arkansas, Dave Sadler was surrounded by blues-inspired music. A self-taught musician, Dave picked up his first guitar at age eleven and has been playing ever since. Dave's playing style is a blend of blues, jazz, rock and funk, utilizing both electric and acoustic guitars. Sadler can frequently be found playing live at festivals, clubs, private parties and other venues. He has released two full albums and numerous single releases. He is affiliated with BMI (Broadcast Music, Inc.) as a songwriter and composer. Dave is a board member of the Port City Blues Society and a member of The Blues Foundation. 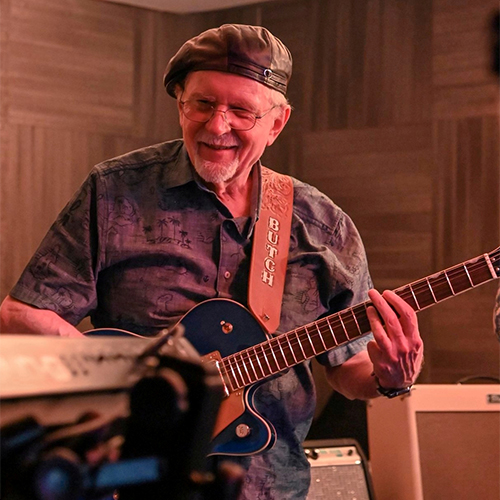 George “Butch” Scaife was born and raised in Helena, Phillips County, Arkansas. His entire family are musicians, songwriters, producers and recording engineers. George began his musical career at the age of 9 and fell in love with blues about the same time, a natural development of living in The Delta. Scaife was inducted into the Rockabilly Hall of Fame in 2013. Scaife is currently a board member of the Port City Blues Society, The Blues Foundation and a producer/engineer at his recording studio in Bryant, Arkansas. He is affiliated with BMI (Broadcast Music, Inc.) as a song writer and composer. 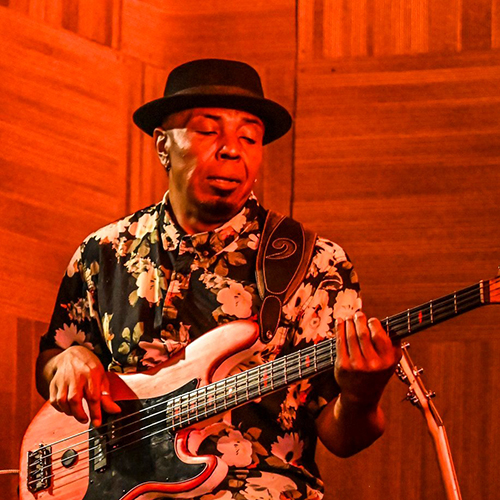 Roscoe C. Willis is a Pine Bluff native and graduate of the University of Arkansas at Pine Bluff and the Music Business Institute of Atlanta, He holds a BS in Music Education. A former United States Marine Corps Band Audio Technician, he is the founder of DTO Records. Willis plays brass, keyboard and bass instruments. He is a devoted husband and father, and is a Blues lover. He currently is serving as President of the Port City Blues Society.